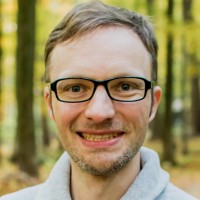 jQuery is a JavaScript library many web developers utilize for writing concise and powerful browser code, as well as abstracting away browser differences and deficiencies. While jQuery may become less relevant over time as more modern and greenfield browsers are widely adopted, it is a real and present part of modern web development today.

What jQuery does not provide, however, is any form of built-in programmatic structure. And, when applications are built with no thought as to organization, they can quickly become unmaintainable spaghetti code. Modifying the DOM, making ajax requests, and other program logic can be quick and easy to write using jQuery – doing what is necessary to Get The Job Done ™. However, when code is written with mixing of concerns, it can cause significant pain later in the form of a difficult to maintain codebase.

Fortunately, many spaghetti code issues can be mitigated by following the single responsibility principle. Each function, module, component, etc. should ideally be fulfilling a single and specific concern. I’m not asserting follow this principle in the strictest sense, however, having this principle in mind may improve your code significantly.

In the refactored code above the ajax request is encapsulated behind stockRetriever.dataProvider.getPrices(symbols) by creating a deferred using jQuery.Deferred() then resolving or rejecting it. We return a promise() from the deferred to mimic the same behavior as jQuery.ajax() and similar methods. Returning a promise() isn’t absolutely required, but it is good practice as it protects the deferred from other code resolving or rejecting it. Here’s the code if you’re feeling adventurous.

Now is a great time to author some tests as follows:
(Note: toBeADecimalNumber() is a Jasmine custom matcher)

We can also test the code that calls dataProvider.getPrices, which you can view on GitHub.

If you want to explore this further take a look at the kendaleiv/jquery-js-refactor GitHub repository. The initial commit is in a yet-to-be-refactored state, and each commit is (hopefully!) making it better.

Classes are a useful construct typically associated with object-oriented programming. In C# classes are a first-class construct of the language. Classes were introduced a bit later for JavaScript....

Below is a template for using TestBed and MockBackend for mocking Angular 2 HTTP calls. If you want to make actual wire calls, see Angular 2 Services Testing Template instead. 1 2 3 4 5 6 7 8 9 1...

Build and Deploy Node.js With Travis CI and Heroku